Discover Pass could be eliminated, she says 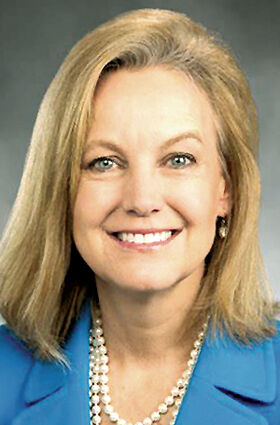 POMEROY – A 9th Legislative District representative wants to use the state's new carbon tax revenue as a way to eliminate the Discover Pass and cut fees to access and use publicly owned lands.

Rep. Mary Dye, R-Pomeroy, is expected to introduce her Outdoor Recreation and Climate Adaption plan during the upcoming legislative session, which starts Jan. 10.

The plan would dedicate previously approved Climate Commitment Act revenues – projected to be about $4 billion over the decade spanning 2023-2032 – to end the Discover Pass program, reduce park access and other fees and improve recreational opportunities that also benefit the environment.

Dye said her plan is to put the money to good use.

"The ORCA Plan is a new vision for our state, funding real solutions to protect and improve Washington's environment," Dye said. "It wisely invests CCA dollars to benefit our environment and enhance our ability to recreate sustainably in the outdoors as our population grows."

The funds would supplant Discover Pass funds, ending the need for a pass to access state-managed, publicly owned parks.

The funds would also be used to reduce other park fees, pay for park maintenance, expand trails and improve recreational opportunities statewide, she said.

Her plan comes at a time when state parks officials are targeting camping and trails in Dye's District.

Washington State Parks officials want to eliminate camping and restrict hiking opportunities through use of a permit system at Palouse Falls State Park, which falls in the 9th Legislative District.

The district currently includes Franklin County; county government is responsible for the road accessing the park.l

That's not the way Dye wants to go.

"Since 1990, Washington has added only 28 campsites, while adding 2.7 million new residents," she said. "Some people must book a year in advance to secure a site and camping fees are out of reach for many citizens. Our plans would reduce fees, eliminate the Discover Pass, expand parks and increase access to them across the state."

Dye, who serves as the ranking Republican member of the House Environment and Energy Committee, said her plan will also address the changing climate, forest health, flood mitigation, Puget Sound restoration and more.

She said she's hopeful her colleagues in Olympia will support the plan.

"I see a change in attitude after what we've been through as a society," she said, noting some of the funds would be used to create and improve access to parks closer to city areas.

She said she's also hopefully the Puget Sound restoration portion of the plan will be accepted in Western Washington, where "millions of gallons of raw sewage" flows into the sound.

"We talk about it, but we never have money to fix it," she said.