Eagles run for a state trophy ends in SunDome 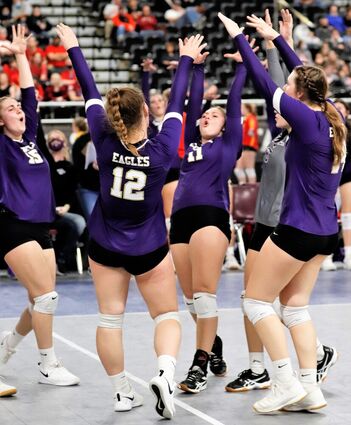 The Connell Eagles girls volleyball team celebrates a score in the state 1A tournament Friday, Nov. 12, in Yakima.

YAKIMA - The Connell girls volleyball team was swept from the state 1A volleyball tournament Friday, Nov. 12, in six straight sets. 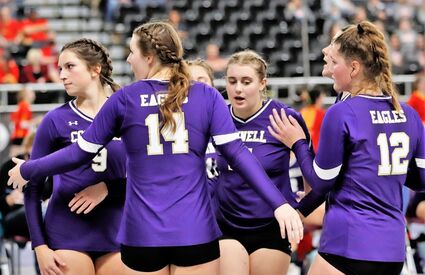 The losses ended the season for the No. 14-seeded Eagles.

Connell opened the tournament against No. 3-seeded Castle Rock.

The loss dropped the Eagles to the loser-out matchup against No. 11 Charles Wright.

But the Eagles wouldn't go down in Set 2 without a fight. Connell ended up losing the bout, 27-25.

Charles Wright resumed its winning way in Set 3, with a 25-21 win to end the Eagles run at a state trophy this season.