By Paul Delaney
Special to the Franklin Connection 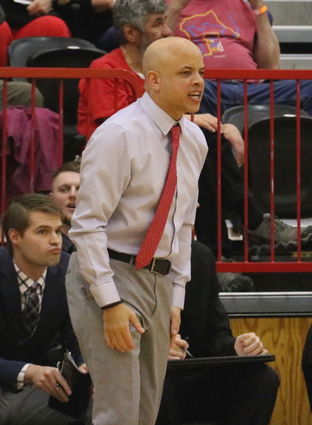 CHENEY — Eastern Washington's ever-improving basketball program has launched another coach out of Cheney.

Fresh from guiding his team to only the program's third berth in the NCAA Tournament, losing 93-84 to one of the legends in the sport, Kansas, Shantay Legans will next take over the University of Portland Pilots of the West Coast Conference.

"My family and I couldn't be more excited about this opportunity at the University of Portland," Legans said in a university news release.

An up and coming name in the sport, rumors of Legans move began to circulate at this year's NCAA tournament. He replaces former Portland Trailblazers' player Terry Porter who was 43-103 in five seasons with the Pilots.

As for Legans' replacement, Eastern had made it a practice in recent years to promote within its two major programs, football and basketball. Assistant coach Aaron Best ascended to the head coach's chair when Beau Baldwin left for the University of Cal-Berkeley Bears in 2017. Legans replaced Jim Hayford who took a job at Seattle University in 2017.

A name that has immediately surfaced as a prime candidate should that trend continue is associate head coach David Riley.