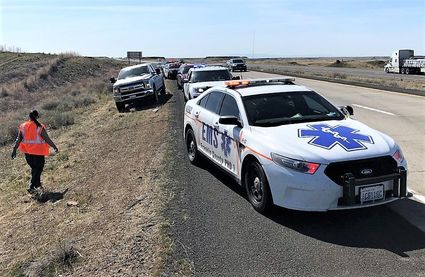 The Washington State Patrol is investigating a fatal crash about 2 miles south of Connell along U.S. Highway 395.

CONNELL — A Kennewick man was killed today, Wednesday, March 31, when his vehicle overturned on U.S. Highway 395.

Thomas K. Bailey, 54, was pronounced dead at the scene near MIlepost 53 of U.S. Highway 395, the Washington State Patrol said. Next of kin has been notified.

Bailey was northbound in a 2001 Ford F150 pickup when he went off the road, overcorrected and the vehicle overturned, the patrol said.

Investigators have yet to determine if drugs or alcohol were factors.

Bailey was wearing a seatbelt, the patrol said.

His pickup was removed from the scene by Mesa Crossroads Towing.