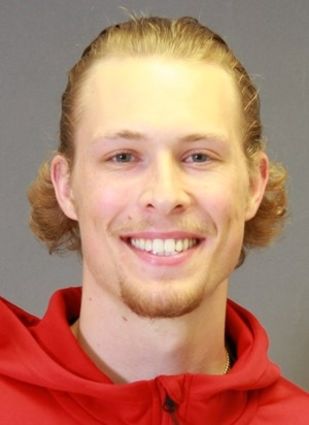 CHENEY — Eastern Washington track and field senior Parker Bowden has been selected as this week’s Big Sky Conference Men’s Track Athlete of the Week, as announced by the league office on March 22.

Bowden has shown impressive performances as a 110-meter hurdler in the early start of the 2021 outdoor season. His current time of 13.89 ranks him nationally across all of the NCAA Division I programs in the country.

Beginning with the season opener at Oregon State University, Bowden set an all-time personal record in the 110-meter hurdles of 13.90, which also broke the OSU facility record. This performance also shattered the previous school record of 14.23 which was set by Steven Warner in 2014.

One week later, Bowden broke his own record at the Whitworth Essential in Spokane, improving his time to 13.89. It was also a Whitworth facility record.

“We said that 13.90 was going to be the opening mark this season so it was nice to execute that,” Bowden said. “The plan going in was just to execute on a race, make sure the start was where we wanted it, and then let the rest of the race follow suit. It was a good opener and hopefully we can take some more time off of that 13.90 time.”

“This performance for Parker is something that represents a lifetime of work in the event,” men’s head coach Stan Kerr said. “He’s a fifth-year student, has been through injuries, is in graduate school maintaining a 4.0 GPA and he works. There’s a lot on his schedule, so to come out and open the season with a blazing time like this, it sets him up well for the rest of the outdoor season.”

“This guy works his tail off and he’s tremendous with the rest of the people around him,” added Kerr. “He has a huge effect on this entire program, on the school, and we just need a dozen more guys like Parker.”