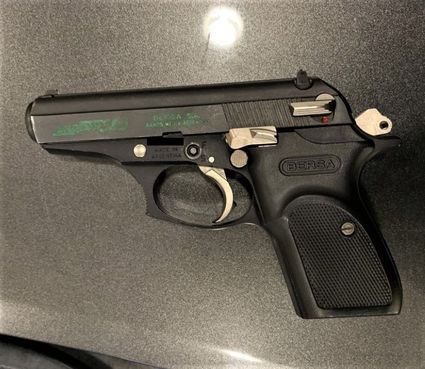 A .380 Bersa pistol was stolen in Kennewick and recovered in Pasco.

PASCO – A stolen Bersa .380 pistol was recovered by Pasco police after they arrested a Kennewick man for possession of suspected "Mexi" fentanyl pills.

Oscar Manzo-Garcia, 22, of Kennewick, was arrested on Saturday and booked on suspicion of possession of drugs with intent to deliver and possession of a stolen firearm, according to Pasco police.

A report of a disturbance at Griggs Department Store on West Columbia Street drew police. They identified Manzo-Garcia and found he had a warrant for his arrest in Benton County. He was arrested and searched. 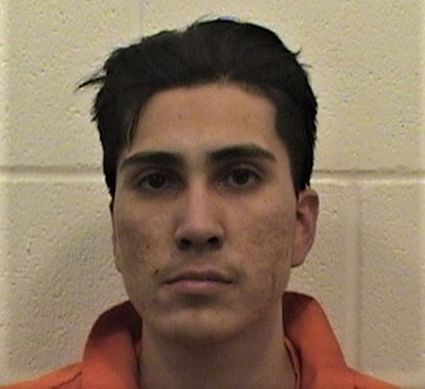 "Blue pills were located on him consistent with the appearance of recent 'Mexi' fentanyl pills found in the Tri-Cities. He also had a pistol magazine and a set of car keys," stated police.

The car for the keys was found and Impounded as police waited for a search warrant.

Anyone with information about Manzo-Garcia, the drugs, or the pistol is asked to call 509-628-0333 or email Officer Aaron Crawford at [email protected] Reference case 21-04834 Possess Stolen Firearm/ Narcotics.