Bill requiring classes for kayakers, paddleboarders may be scuttled 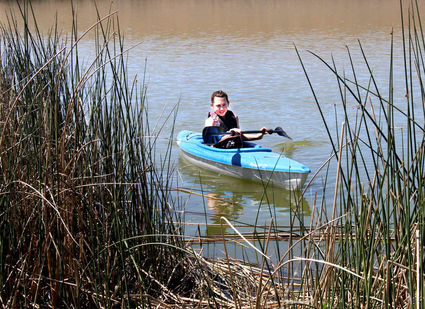 Alexis Taylor of Sunnyside paddles a kayak on Clark Pond near Mesa.

OLYMPIA – A bill that would've required boating classes for kayakers, canoeists, paddleboarders and even some surfers appears to have been scuttled.

House Bill 1018 is the subject of an online petition that had drawn 18,450 protest signatures as of this morning, Feb. 11. The bill would have required nearly everyone piloting a vessel – even human-powered boats like kayaks, canoes, paddleboards and some surfboards – on state waters to complete a boater education course. In addition, the bill would have eliminated the exception for boaters born before Jan. 1, 1955.

The state already requires boating classes to operate a motorized watercraft, such as boats and Jet Skis.

The measure was another run by Western Washington lawmakers to collect additional fees from residents and visitors. The current boating class costs an average of $35 to take and the state collects an addition $10.50 processing fee.

But pressure from the online petition started by Eddyline Kayaks President Scott Holley may have scuttled the attempt to require watercraft users to pay for and pass a licensing class for kayaks, canoes, paddleboards and some surfboards.

The petition remains online at https://www.change.org/p/kayakers-no-to-hb1018-boater-education-card-for-kayakers-sup?signed=true.

During a Jan. 20 hearing of the House Community and Economic Development Committee, Rep. Lovick said the measure would help address the number of boating deaths, specifically those relating to paddleboards.

"Which essentially means that the bills will not be proceeding this session in their current for," Holley wrote on an update to his change.org petition. "Thanks for making your voices heard."