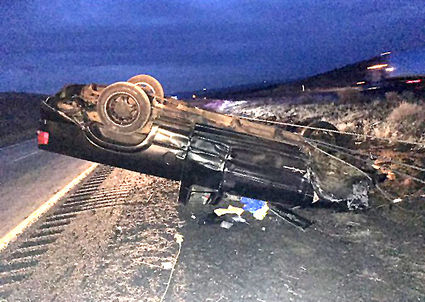 MESA — An Othello man was arrested following a crash early this morning on U.S. Highway 395 near the state Highway 17 interchange.

Javier DeLa O-Gomez, 33, of Othello, was booked into the Franklin County Jail for driving while under the influence, driving while license revoked and possession of a controlled substance following a 5:20 a.m. crash, the Washington State Patrol reported.

According to the Washington State Patrol, emergency dispatch received a call of a truck traveling at a high rate of speed prior to the crash.

The driver reportedly had only minor injuries and was arrested, the patrol said.

It took more than two hours to clear the scene as there was damage to cable barriers in the highway median, state Department of Transportation officials said.