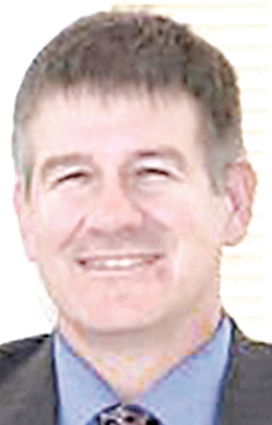 They approved sending the letter during a meeting Jan. 19.

The plan put Whitman County into the broader "East" region of the state for virus re-opening phases.

"I personally believe it's to help the governor's agenda to make regional health departments," Commissioner Art Swannack said. "This thing, to me, causes more problems and loses the local connection."

Swannack noted that with vaccinations and the work of the county Health Department, he did not see the scientific reason to make the change.

In the letter, commissioners expressed "extreme disappointment" with the plan and said that "regionalizing the measurement criteria in a way which makes no scientific sense will result in less public acceptance and compliance with basic preventative measures."

The letter also includes a statement from interim Whitman County Health Director Chris Skidmore, who noted "local health jurisdictions were not involved in these conversations and were essentially told to deal with it."

The change to regional health directors, if it takes effect, is expected to be on a long-term basis.

That's something concerning commissioners in Franklin and Yakima counties, as well.

Franklin County Commission Chairman Clint Didier of Eltopia is concerned the governor is attempting to strip health care authority away from local agencies.

Under the governor's newest plan in a series of phased-in efforts, all of the state's 39 counties are grouped into eight regions.

The governor has designated Franklin County to be in the so-called South-Central region, which also includes Kittitas, Yakima, Benton, Walla Walla and Columbia counties.

"He is now putting another layer of bureaucracy in between us and our state government," he said.

According to Didier, the governor does not have the statutory authority to create health care regions that usurp local health authorities.

While Franklin County has not yet taken action against the plan, Yakima County commissioners have.

In their proclamation, commissioners noted businesses have been "unjustly, arbitrarily and capriciously impacted" already by the governor's coronavirus shutdown orders.

The county vowed to take "appropriate action" against Gov. Inslee for any of his "proclamations which unlawfully violate due process rights, property rights or interferes with representative democratic local government's lawful authority."

The proclamation concluded by calling on the governor and Legislature to immediately nullify the state of emergency and allow businesses, schools and others to reopen.

Garth Meyer is a reporter and sports writer with Free Press Publishing, based in Colfax, Wash., at the Whitman County Gazette.