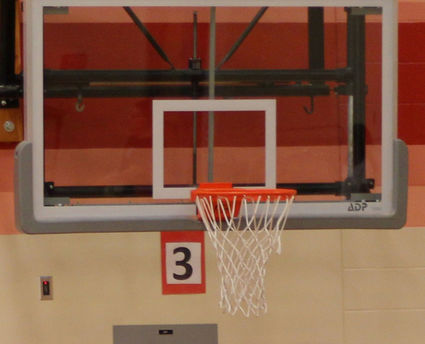 RENTON — The pandemic has struck another blow to local athletics. The Washington Interscholastic Activities Assiation voted to delay the start of winter sports to Feb. 1, 2021, and shorten each sports season to seven weeks apiece at its Nov. 17 meeting.

Practices for winter sports season, the most prominent of which are basketball and wrestling, were originally scheduled to begin Dec. 28, with competitions coming shortly after. However, a surge of positive COVID-19 cases across the state caused the WIAA to create another delay in an already compressed 2020-21 schedule.

"The decision comes in light of surging COVID-19 cases around the state, putting in jeopardy the ability to begin WIAA Season 2 which was scheduled to begin on Dec. 28," a release from the WIAA said.

Winter sports will end March 20 with a "regional culminating event," indicating there will be no state championships this year. The WIAA divided its schools into three regions at the beginning of December, with District Nos. 5-9 falling into "Region C."

All Eastern Washington schools in the WIAA, including those in Lincoln, Spokane, Adams and Whitman counties, are in one of these districts, and therefore in "Region C."

The "culminating event" will be a "final four" tournament within each region for each sport, according to an earlier release from the WIAA.

Traditional fall sports, like football, girl's soccer, volleyball and cross country will be pushed to a practice start date of March 15. Football practices start a week earlier, March 8, and begin competition March 19. Fall sports season, or "Season 3," according to the WIAA, ends May 1.

The WIAA noted that it may continue to adjust schedules to certain sports if less than 50% of schools in a league are unable to meet Department of Health-mandated guidelines to participate.

Most local schools would not have met the benchmark for a basketball or wrestling season if it had begun Dec. 28. Both sports are considered high-risk for virus transmission, and local school districts must be in a county that has fewer than 25 positive COVID-19 tests per 100,000 people over a 14-day period.

However, recent mandates from Gov. Jay Inslee will create new restrictions on what those practices can look like, at least through Dec. 14, when Inslee's current four-week mandate is scheduled to end.

No indoor sports practices will be allowed. All after-school practices must be held outdoors, and all athletes must wear a mask. Previously, outdoor sports athletes could remove their masks in some scenarios, but that flexibility is gone.

Low- and moderate-risk sports, like baseball, softball, cross country, track and field, and soccer, may have intra-squad scrimmages.

High-risk sports, like football, are still limited to pods of six or less.