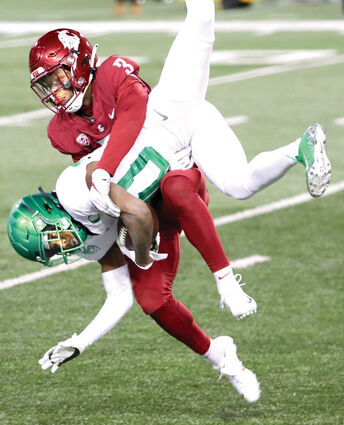 No. 11 Oregon topped Washington State University, 43-29, in the Cougars' home-opener in Martin Stadium in Pullman on Saturday, Nov. 14. The Ducks got on the board first when Oregon tight end D.J. Johnson dove across the goal line, just inside the marker, as Washington State defensive back Tyrese Ross tried to prevent the score. Oregon remains undefeated at 2-0, while WSU drops to 1-1 on the season. The Cougars next travel to Stanford to play on Saturday. Kickoff is 8 p.m. 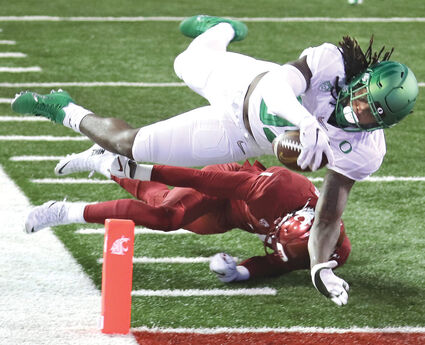