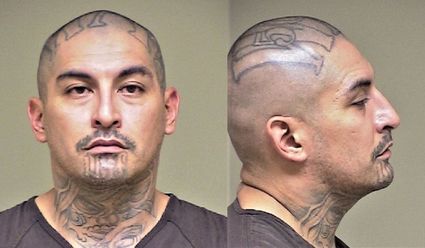 PASCO -- Police entered a Pasco home during a standoff to find the suspect hiding in a crawl space on Tuesday.

A man wanted on arrest warrants barricaded himself in a Pasco home, west of the Walmart on Road 68.

The SWAT team surrounded the home to arrest Juan R. Sanchez, 40, of Pasco, stated Pasco Sgt. Rigo Pruneda. They spent about five hours on Tuesday trying to get him to leave a house in the 7900 block of Saturna Lane safely.

SWAT entered the house at about 5 p.m.and searched until they found him hiding in the crawl space, according to Pruneda.

A gun was found in the house and it's suspected to be Sanchez's.

Sanchez is described as standing 5-feet 10-inches, weighs about 200 pounds, and having face and neck tattoos.