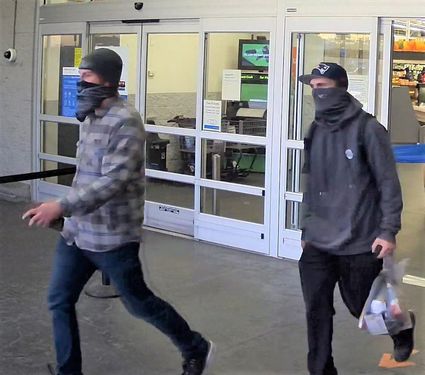 Car prowl and credit card thieves are caught on video leaving the Pasco Walmart on Thursday.

PASCO – A car in west Pasco was unlocked and two males stole a purse with credit cards, using them at two stores early Thursday morning.

The car and cards owner reported the theft early Thursday morning and by 7:05 a.m. the cards were being used at Fred Meyer, according to police. About 20 minutes later they were using them again at the Pasco Walmart and were caught on video walking out of the store

"They had a car, but they parked it clear over by McDonald's," stated police.

Anyone with information about the suspects is asked to call dispatch at 509-628-0333 or email Officer Sam Baker at [email protected] about case 20-30636 Fraud.