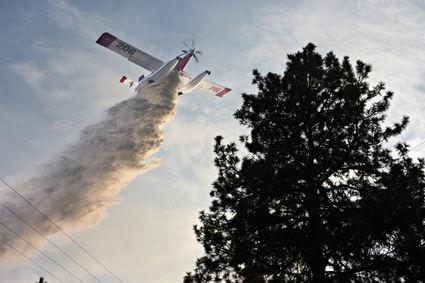 CHENEY — A series of small wildfires has grown into a 200-acre-plus blaze near Badger Lake about 15 miles south of Cheney. 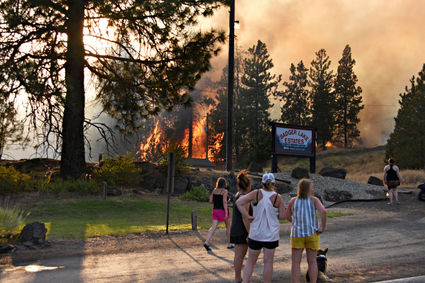 The fires began around 5:04 p.m. Sunday evening under hot, dry conditions, and are burning in grassy areas dotted with stands of ponderosa pine. According to a news release from the Washington State Patrol, about 50-70 homes are threatened. Initially, Level 2 "be prepared to leave" evacuation orders were enacted but state Department of Natural Resources spokesperson Isabella HoyGaard told local media this morning that Level 3 evacuation notices are in place for residents of Cutthroat Bay and Badger Estates areas.

Units from Spokane County fire districts 3, 8 and 10 along with DNR are onsite battling the place. A state fire mobilization was authorized for the fire Sunday evening by state Fire Marshal Charles B. LeBlanc. Mobilization specialists from the Fire Protection Bureau have ordered strike teams, with both land and air units working to stop the spread of the fire.

According to one fire official, firefighters were gaining control of the blaze Monday morning, Aug. 17.