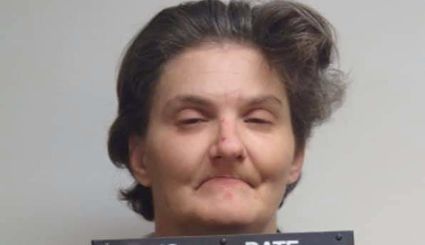 LIND -- The Adams County Sheriff's Office is asking for help in finding a woman who fled from town following an assault today, Aug. 1.

The woman, identified as Marjorie Arnold, was last seen on state Highway 21 in a silver car, described as similar to a Dodge Neon.

She is wanted for fourth-degree assault and third-degree malicious mischief.

According to the Sheriff's Office, the hunt for Arnold began about 2:20 p.m. after the owner of Jim's Market reported a window had just been broken.

From video surveillance footage, deputies identified Arnold as the assailant in an altercation with another woman in front of the store, a report said. Video footage showed Arnold punching and pushing the victim into the window.

Deputies searched the area, but determined she had fled town as a passenger in a car driven by a man, the report said.

Anyone with information on the whereabouts of Arnold is asked to contact the Adams County Sheriff's Office.