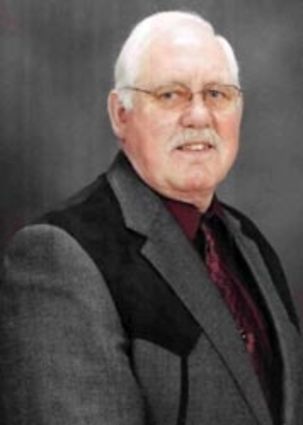 Didier was the only commissioner to show up in the commissioner's meeting room for a scheduled session.

But during the opening minutes of the meeting, Koch pointed out that Gov. Jay Inslee had suspended the Open Public Meetings Act on March 24 and that Didier would have to leave the room.

Under the amended Proclamation 20-05, the governor suspended the Open Public Meetings Act and required all meetings to take place virtually and "not conducted in-person."

"We cannot make any decisions or sign any contracts with a commissioner in person on the meeting," Koch said.

"If we're going to play this game of complete domination by a governor whose out-of-control, if we don't stand up, who is," he said. "How does he (Gov. Inslee) have control of our local government and our decisions for the people that elected us."

Didier noted the definition of proclamation is to "make known," not enforce.

"I don't want to, but we're going to have to go into recess until we get this figured out," Koch said.

Didier suggested delaying the meeting for a day.

"It is my duty to be in this room," Didier said, noting that if hundreds of people can shop in Big Box stores, then commissioners could meet in person.

Commissioners sparred briefly over whether they would be voting on anything during the meeting, but Franklin County Prosecuting Attorney Shawn Sant pointed out that under state law, just discussing commission business constitutes action.

He further pointed out that the amended proclamation is an enforceable prohibition on meeting in person.

He failed to note that only one of three of the individuals that comprised the meeting was present.

Didier, however, noted that commissioners are beholden to Franklin County residents.

"I am not going to let this governor hold us under his thumb," he said. "I will not allow him to take our government and put it underneath his knee and choke him out."

Sant cautioned commissioners about delaying the meeting because of a time-sensitive funding matter to get reimbursements from federal coronavirus funds.

"I am concerned that if we are in violation of the law - and I believe we are - and we discussed it here publicly, presumably any of the actions taken in this meeting would be subject to challenge," Peck said.

Sant said that any action taken could be "be called into question." He also said commissioners could jeopardize their position under allegations of misfeasance or malfeasance.

"I would certainly encourage the board to continue with the county business in a lawful manner," he said, noting commissioners could face gross misdemeanor charges.

"How does Whitman County get away with the chairman in the room with the clerk and they're having their meeting and I can't be here, social distanced," Didier said.

"If other people want to violate the law, that's their choice," Sant responded.

"For the good of the public ... I am going to refer to my room," Didier said.

Commissioners took a 15-minute recess to allow Didier time to leave the meeting room and rejoin telephonically from his Franklin County office elsewhere in the building.

That's way I voted for Clint, way to go stand up for us!

These past months we have wondered why no strong group or voice has been brave enough to defy the socialists and fight for our rights. Finally we have one. Clint Didier! Thank you Clint for being the only person willing to say enough is enough!