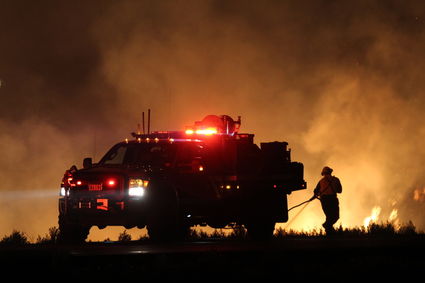 A fire crew arrives on scene late July 4 to put out a roadside fire along Interstate 182 in Pasco.

PASCO — Fire crews were dispatched to the shoulder of westbound Interstate 182 about 11 p.m. Saturday night, July 4, after fireworks ignited dry grass. The fire burned a small area off the shoulder just east of the Road 68 exit.

As the fire burned, dozens of nearby residents peered over their backyard fences to watch crews work.